At the start of my assignment as project manager, the project had already been  running for a while. However, the progress of the transfer project was slower than expected by the senior management team. Therefore, I realized that the first step needed, was to organize this complex project. We decided to use the same stages/phases as defined by the FDA (e.g. process design, process qualification and continued process verification). Thus, the following 4 phases project phases were defined:

Furthermore, a project plan for phase 1 was put in place. This project plan was needed to define roles, responsibilities, milestones, resources, budget, timelines and stage gates. Based on the responsibility matrix, communication lines were establishes between the sending and receiving site.  For example, we implemented a weekly site project team meetings and a monthly overall project team meeting (e.g. using skype or face-to-face) to monitor the progress of the project.

In addition, project management tools, such as action and decision tracker, a progress reporting template and a document register were implemented. By using these tools, we were able to maintain the big picture and control the project in such a way that phase 1 was completed successfully within the agreed timelines. Phase 1 was finalized by preparing an overall project/phase summary report containing all relevant information needed for the transfer (phase 2).

Find out more about Transfer Transfer 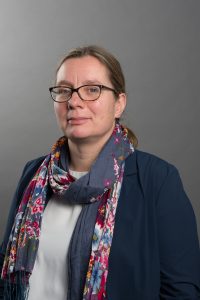